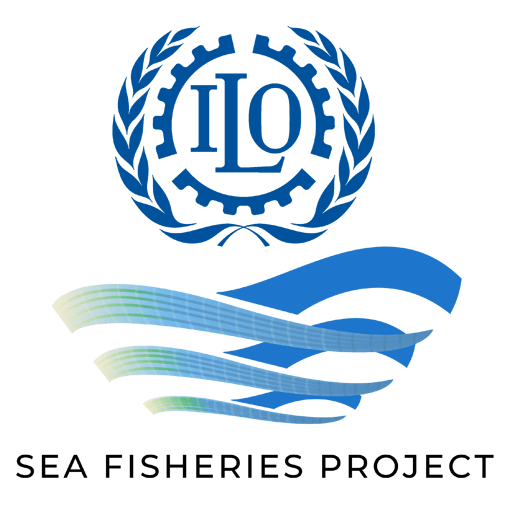 In recent years, the trafficking of workers into fishing has emerged as an issue in Southeast Asia’s fishing and seafood industry
Modern Slavery Statistics : 1.8 million people worldwide were in forced labour in fishing and agriculture industries
International Labour Organization. Global Estimates of Modern Slavery: Forced Labour and Forced Marriage. (2017)

Our Partners in Indonesia

In recent years, the trafficking of workers into fishing has emerged as an issue in Southeast Asia’s fishing and seafood industry. Fishing is inherently hazardous and it takes place in relative isolation with unique practices in terms of working hours and wages.

There is a weak legal framework and limited enforcement in the sector, complicated by jurisdictional challenges. There are strong links between illegal, unreported and unregulated (IUU) fishing, and the use of forced labour on board. The seafood supply chain is also one of the most complex global value chains, involving multiple sources and processing locations, some of which are mobile, as well as multiple markets with different consumer demands and preferences.

The work is often carried out by migrants, who are particularly vulnerable to being deceived and coerced in recruitment and employment. Workers are trafficked within the region, but also on fishing vessels all over the world. The work is highly segregated by gender, with women and children usually work in processing factories while fishing is almost exclusively the domain of men. 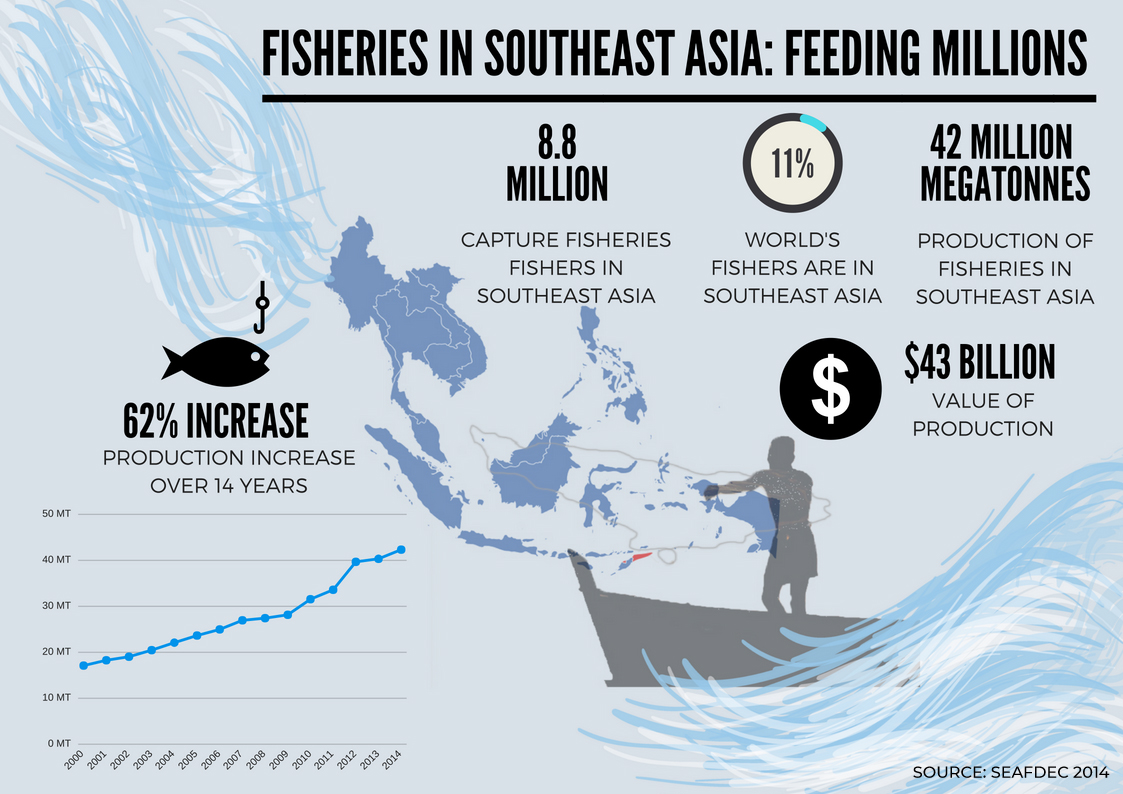 HOW ARE WE ADDRESSING THESE ISSUES?

The project proposes to establish the Southeast Asian Forum to End Trafficking in Persons and Forced Labour of Fishers (SEA Forum for Fishers) as the regional coordination body. It will strengthen regional coordination among broad-based stakeholders and maximise the efficiency and efficacy of existing national efforts to combat trafficking and forced labour in the fisheries sector. The SEA Forum for Fishers include various government departments (the competent authorities on labour, migration, trafficking and fisheries), workers’ and employers’ organizations, industry associations, buyer groups, international organizations and research institutions. Leadership meetings will be convened, with participation from social partners, to identify regional coordination priorities. A secretariat for the SEA Forum for Fishers will also be incubated by the ILO.

The project will coordinate strategies and to support the adoption of result-oriented and gender-responsive regional action plans that enhance the complementarity and efficiency of various initiatives ongoing to combat trafficking in the fisheries sector.

Activities will include mapping of current and planned anti-trafficking activities concerning sea fisheries at the regional level and in priority countries (Indonesia and Thailand).

The project will commission and conduct independent research and analysis to underpin the development of strategies and action plans to fill knowledge gaps, and to establish platforms that can enhance the sharing of good practices and experiences. Research will be conducted at the regional level on cross-cutting issues and in priority countries. Priority research areas will be identified in consultation with the stakeholders. Platforms for enhancing communication on progress, good practices and international standards will be established at the regional and national levels.

The Southeast Asian Forum to End Trafficking in Persons and Forced Labour of Fishers (“The SEA Forum for Fishers”) is the multi-stakeholder Regional Coordination Body to be established in Southeast Asia to improve coordination in combatting trafficking in persons, forced labour, and modern slavery at sea.

The SEA Forum for Fishers is a non-binding voluntary multi-stakeholder initiative to strengthen coordination among the Members to combat trafficking in persons, forced labour, and slavery in the fishing and seafood sector through an integrated, holistic, human rights-based and action-led approach.

The objectives of the SEA Forum for Fishers are:

The SEA Forum for Fishers consists of a multi-stakeholder Membership supported by a Technical Advisory Group, guided by a Steering Committee, and with a Secretariat, with designated Working Groups focused on specific cross-cutting themes and issues.

Members of the SEA Forum for Fishers include:

The Secretariat provides technical and administrative support to the SEA Forum for Fishers, and supports the implementation of its decisions.

The strategic direction of the SEA Forum for Fishers shall be guided by a Steering Committee. A Steering

Committee shall include representatives from the following stakeholders:

b. Three (3) representatives of workers;

International, regional and national organizations, academic and research institutions, non-government organizations with technical expertise, and trade union, industry and private sector associations or leaders may participate in the SEA Forum for Fishers as Technical Advisors.

Working Groups were established by Members of the SEA Forum for Fishers to address issues of common interest or cross-cutting themes. The purpose of the Working Groups is to take practical action at the technical level, produce recommendations to the Membership within the scope of their Terms of Reference, and foster operational cooperation among Members.

Key documents of the SEA Forum for Fishers

Why join as a member of SEA Forum for Fishers?

a. Have opportunities to participate in a forum with diverse and wide-ranging stakeholders who have a common interest in ending trafficking and forced labour in the fishing and seafood industry.

b. Have opportunities to meet, liaise, understand and potentially work with a wide range of stakeholders across the region.

c. Be able to influence the agenda, conversation and priority setting at a regional level.

d. Have access to expertise and experience from the regional and Technical Advisors.

e. Form and participate in Working Groups of cross-cutting themes and issues with partners from across the region and with the guidance of Technical Advisors

f. Have the opportunity to form innovative partnerships and alliances with stakeholders across the region.

International and regional organizations, academic and research institutions, non-governmental organizations with technical expertise, industry, and private sector associations or leaders may be invited to participate in the SEA Forum for Fishers as Technical Advisors.

While Technical Advisor do not vote on decisions of the Forum, they can make recommendations to the Steering Committee and the Membership in areas of their respective expertise for their consideration and adoption.

Introduction to SEA Forum for Fishers

A brief introduction to the SEA Forum for Fishers, a regional coordination body to end human trafficking and forced labour in fisheries in Southeast Asia. Presentation audience is private sectors.

The Coordinating Ministry for Maritime Affairs of the Republic of Indonesia and lntemational Labour Organization organised Consultative Forum on Regional Cooperation Against Human Trafficking, Labour Exploitation, and Slavery at Sea on 27-28 March 2018 in Bali. The forum was attended by participants from government officials, trade unions, employer organizations, and civil society organizations in Southeast Asia to respond to the issues of human trafficking, labour exploitation, and slavery at sea in fisheries sector.
Click on the image link to see the Background Paper for discussions at the event

Fundamental principles and rights at work
Covered by 8 fundamental Conventions

The eight fundamental ILO Conventions are:

See on the ASEAN repository
Thailand